Recently, British newspaper The Telegraph shared a secret we are already lucky enough to know about… that Cape Town is the greatest city in the world to visit right now!

In their article, The Telegraph celebrated the Mother City for its resilience in not simply returning life to pre-pandemic normality, but in feeling revamped and revitalised - and we couldn’t agree more! After nearly two years of travel restrictions, Cape Town and its surrounding areas are more than ready to welcome back travellers with open arms.

As locals, we have some expert insight into what makes Cape Town the greatest city in the world to visit right now. We have experienced first-hand our communities bouncing back and embracing a return to the “new normal.” While there may be some differences post-pandemic such as mask-wearing and social distancing in places, one thing remains the same - Cape Town is one of the best destinations to be in the world! Better yet, Cape Town offers a much needed, relaxing escape from the current stresses of life. 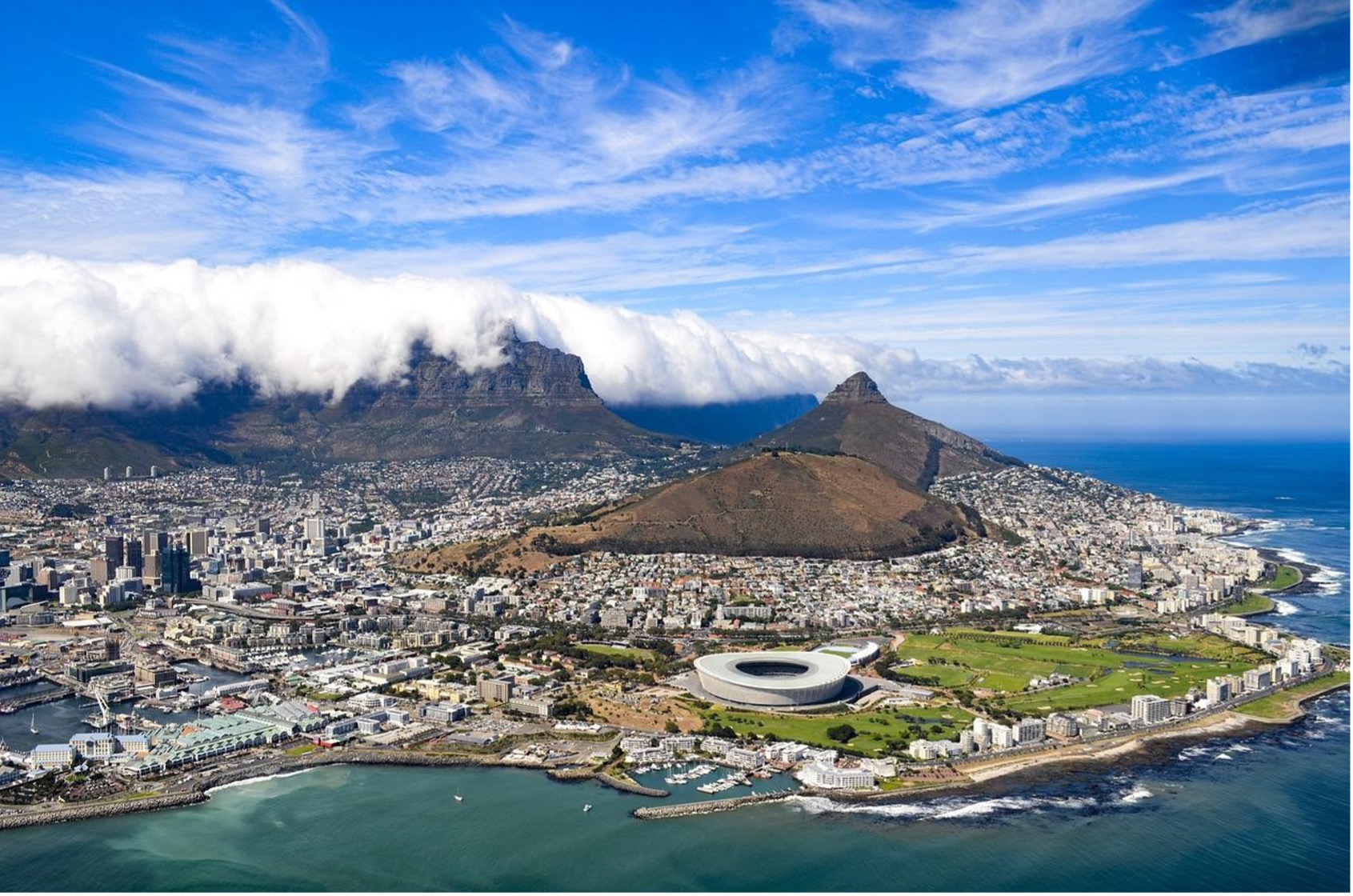 Here are our top 10 reasons to add a trip to Cape Town to your travel bucket list; if you haven’t already, of course!

1. The Natural Scenery Will Take Your Breath Away

From Table Mountain, Lion’s Head and the Twelve Apostles to the crashing blue waves of our beaches and the rugged beauty of Cape Point - Cape Town’s scenery is guaranteed to take your breath away from the moment you arrive in the city!

Hike to the top of the iconic Table Mountain to admire the views, meander through the scenic Cape Winelands and see the vineyards and striking mountain ranges, relax on the sparkling coastlines and even see a penguin or two at the famous Boulders Beach! Kirstenbosch National Botanical Garden is one of the greatest botanic gardens in the world and the Cape Floral Kingdom is the world’s most biodiverse. The unrivalled outdoors truly make Cape Town spectacular. 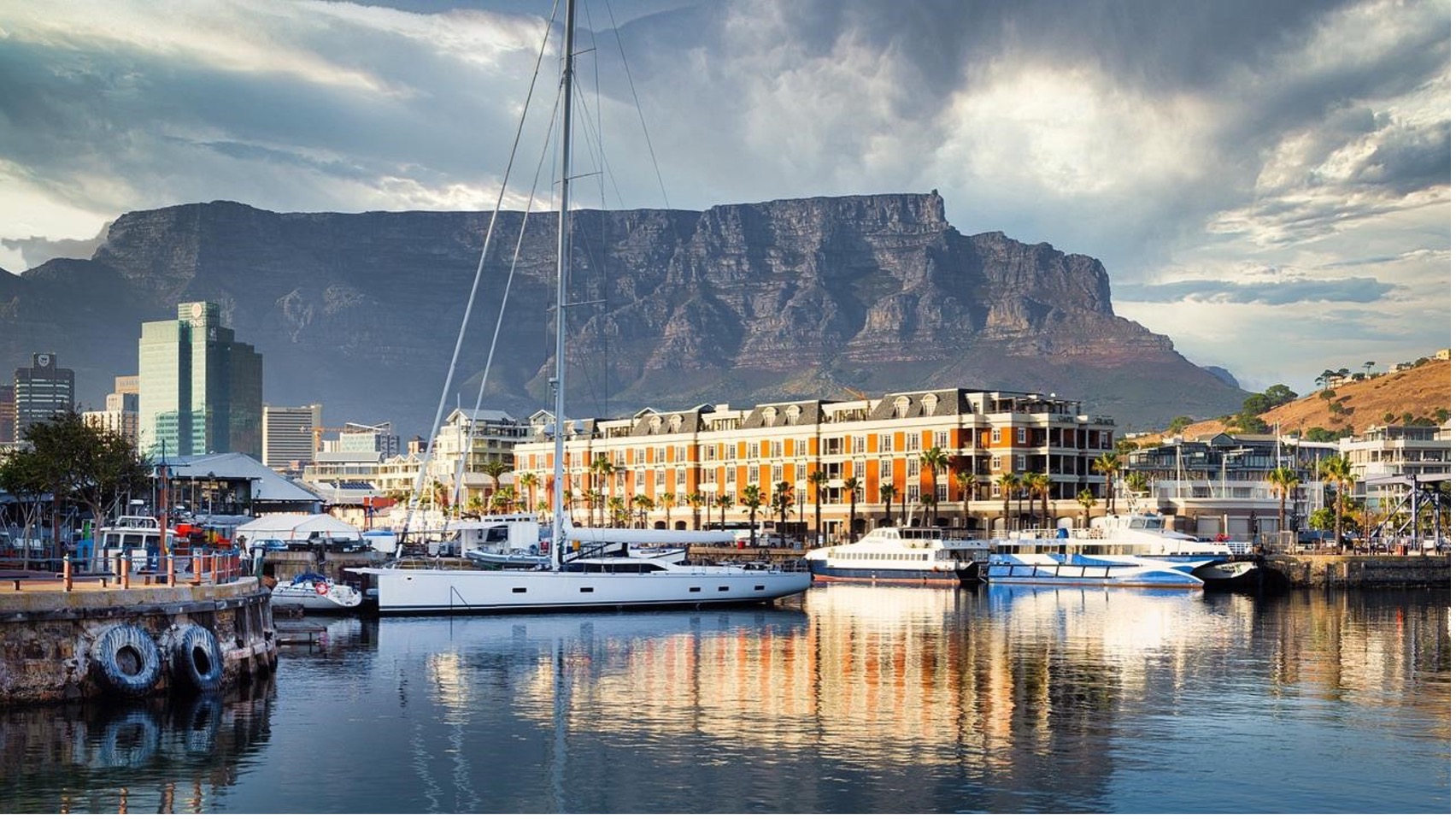 While Cape Town is a popular cosmopolitan African city, one of the biggest draw cards for foreign visitors is the affordability factor. Foreign currencies like the dollar, pound and euro do incredibly well against the South African rand. This means you get a real “bang for your buck” in Cape Town - and South Africa - as an overseas visitor! Look forward to enjoying world-class accommodation, restaurants and experiences here!

As for South Africans visiting Cape Town? The city and its surrounds have options that suit a range of budgets. Simply do a bit of research, keep an eye out for specials and find options that suit you best! Cape Town is worth it!

3. There are Countless Things to Do!

You will never find yourself bored on a trip to Cape Town as there is always an exciting activity to try, a place to visit or a restaurant to experience.

We could go on for pages and pages about all the fantastic activities to enjoy in Cape Town and its surrounding areas. Actually - we have already in previous blogs!

One of the best neighbourhoods to visit is Hout Bay. Looking for an active adventure? Find out more about Hout Bay adventure activities and Hiking Hout Bay.

There is so much just waiting to be experienced. Take a look at our Cape Town Bucket List for 2022 for a comprehensive list of all the things to enjoy here this year! 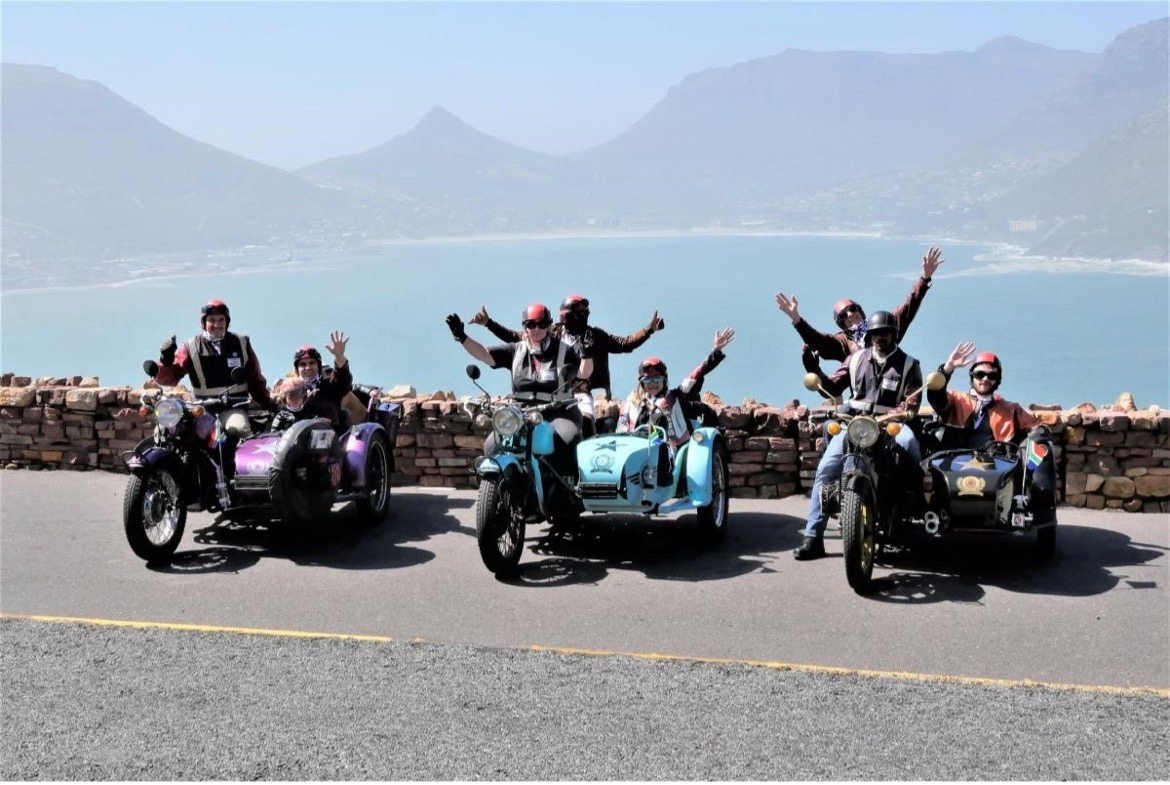 4. Bring the Kids and the Grandparents! Cape Town is Family-Friendly

Families, listen up! Cape Town is the place to be for a family-friendly holiday. The variety of activities, accommodation options suitable for a range of budgets and the exciting vibe make Cape Town appropriate for a range of ages. Children will love exploring places like Kirstenbosch, Cape Town's Beaches, and the Planetarium. Activities like go-karting, Clay Cafe and sandboarding will keep kids of all ages occupied! Visits to wine farms, strolls along the Promenade, cruises around the harbour and visits to the V&A will keep family members of all ages entertained! 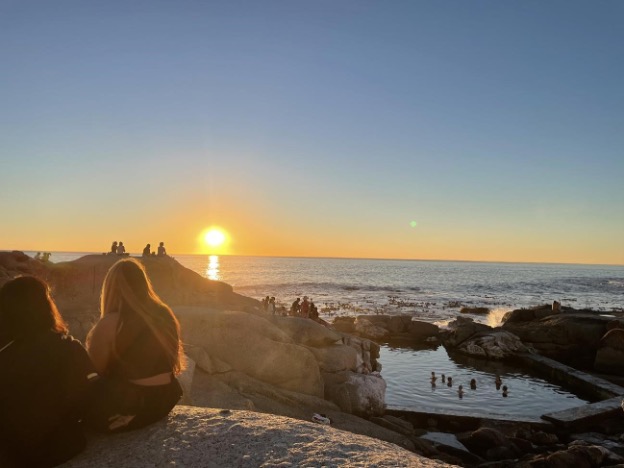 5. There are Exciting, Diverse Destinations Nearby

Cape Town spreads out much further than the city centre and the V&A Waterfront. A drive along the Atlantic Peninsula will take you to world-class destinations such as Camps Bay, Hout Bay and Llandudno. Escape the hustle and bustle of the city and visit the Southern Suburbs (home to the Constantia Wine Route!), Muizenberg’s beaches, Simon's Town’s penguins and much more.

Travel north and enjoy the beauty of the West Coast. This quieter region is home to quaint fishing villages, charming towns such as the much-loved Darling, several fantastic wine farms and untouched scenery.

Travel 40 minutes to an hour inland and you’ll find yourself in the famous Cape Winelands. Picturesque towns like Stellenbosch, Franschhoek and Paarl are home to world-class wineries and award-winning wines!

Further afield is Hermanus - famous for its whale watching! Pay a visit during whale season and marvel at these majestic marine animals in their natural habitat. 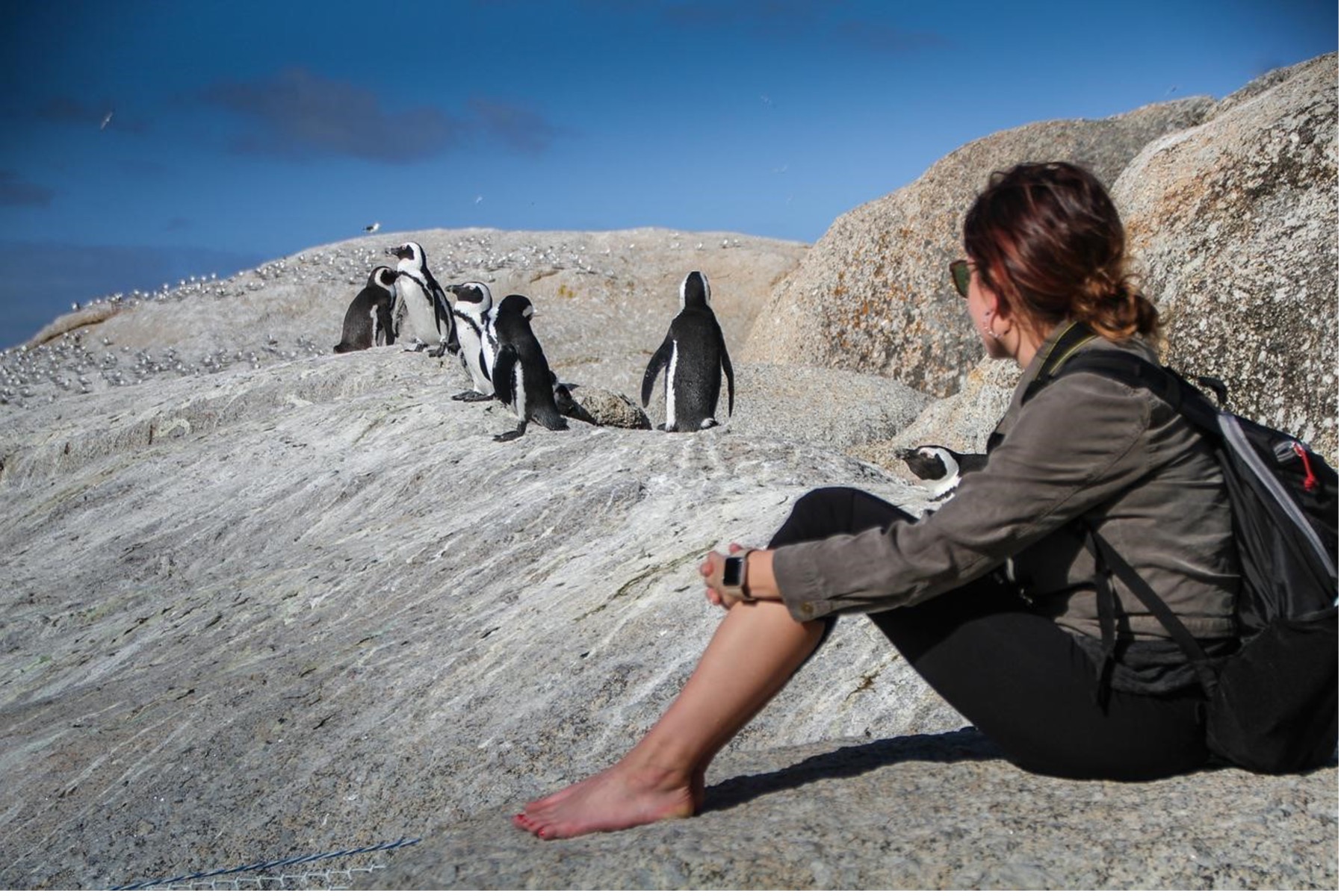 A trip to Cape Town offers endless possibilities! Seeking a destination for a Workcation, a honeymoon, adrenaline-pumping adventures, world-class foodie finds, outdoor escapes or exciting wildlife finds? Cape Town ticks all of these boxes and much more!

No visit to Cape Town would be complete without a visit to one of the region’s beautiful wine farms. You can visit award-winning wineries and world-class wine estates along the wine routes in Constantia, Stellenbosch, Franschhoek, Paarl and the West Coast.

Close to Cape Town, you’ll find Cape Town’s oldest wine estate- Groot Constantia while a trip to the Winelands needs to be on your Cape Town bucket list; whether it's a day trip or longer stay in the area. Many wine farms are family-friendly making for a great family day out.

For something unique, enjoy a trip on the Franschhoek Wine Tram. The old-school tram and transport system transports passengers around several wine farms and along several routes. It’s a great way to see the region in a safe and fun-filled way! 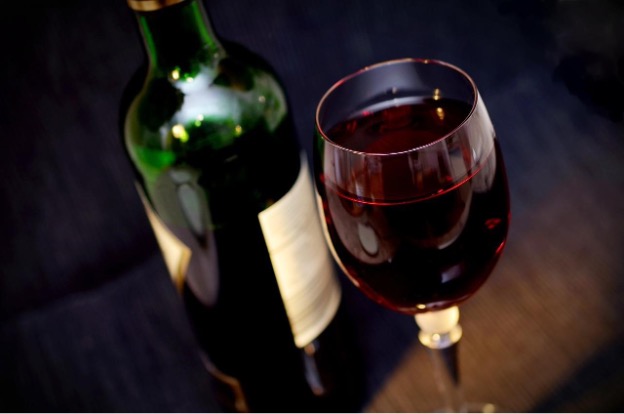 8. The Culinary Scene will Have Your Mouth Watering!

The pandemic has been a tough time for many companies in the tourism, hospitality and restaurant industries. While many spots closed, in Cape Town, there has been a revival of new eateries and old, established classics going from strength to strength! Take a look at the best new restaurants in Cape Town here.

For an unparalleled food experience, visit Franschhoek. This small town in the Cape Winelands was settled by the French Huguenots centuries ago. Today, it is South Africa’s culinary capital! Here, you’ll find incredible restaurants such as La Petite Colombe, the Chefs Warehouse at Maison, Protégé and much, much more.

9. It’s great during all seasons!

While some places are only great to visit at certain times of the year, Cape Town is lovely yearround! Do keep note of the southern hemisphere seasons.

In summer, make the most of the sunshine, beaches and the exciting festive atmosphere! In autumn, the weather begins to cool down but the days are warm and still excellent for walking, hiking and cycling - maybe even the odd beach visit! Take a look at our selection of autumn activities here. In winter, Cape Town does get chilly! This is the perfect time to warm up in the Winelands! Stay cosy next to roaring fires, indulge in great food and sip on South African wine.
Finally, spring brings the sunshine and the wildflowers! Thousands visit Cape Town in the spring to glimpse the stunning wildflowers along the West Coast. Find out more about wildflower season with our helpful guide. 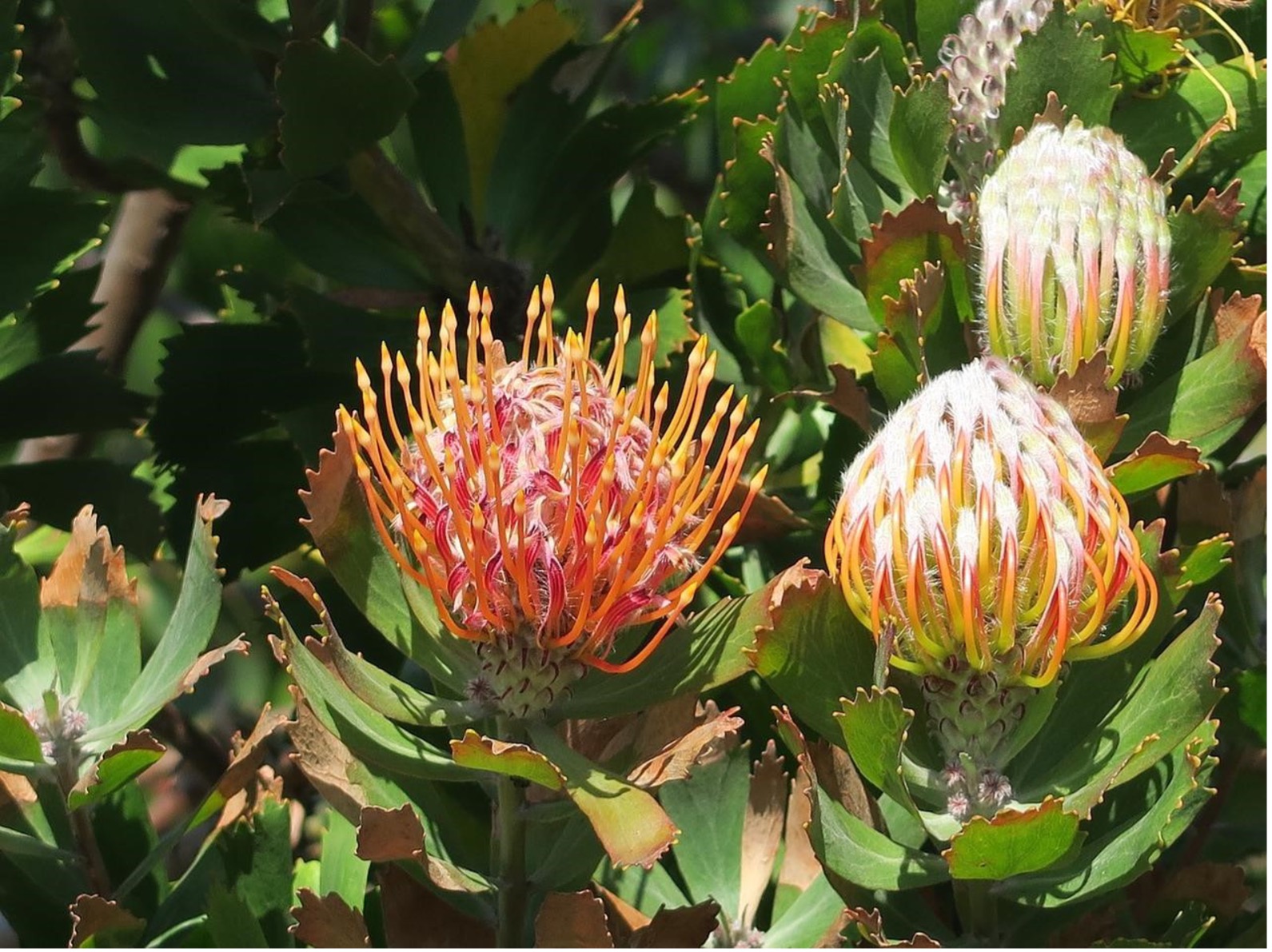 South Africans are renowned for their hospitality and welcoming spirit. We are known as “proudly South African” for a reason. In Cape Town, it’s no different! Look forward to excellent service and a warm smile. With the pause that the global pandemic put in travel, South Africans across the country are excited to welcome local and foreign visitors once again. If you choose to visit Cape Town right now, you’ll have the chance to “support local” and help businesses continue to recover from the effects of the global pandemic.

By now, there should be no doubt that Cape Town is the greatest city in the world to visit right now. Visit soon to experience what makes the Mother City so special.